Recent Blues Show guest How Askew has written a very nice piece after the band’s visit to the Blues Show studio. You can read it here. Thanks How!

… and I think it worked out quite well. You can read the interview here.

More at my channel

I’m always on the look out for a surprise coffee, maybe somewhere out of the ordinary. My wife told me of this little place which sits inside a handbag shop in Queen’s Arcade in Darlington. Now, Darlington has all of the usual suspects in the coffee world – Starbucks, Costa Coffee, Caffe Nero – as well as many local, independent coffee shops – and I must have frequented them all many times over. So imagine my pleasure when we went to this handbag store today and the 3 small tables were empty. I sampled a wonderful espresso – really superb – with a lovely flavour and a nice crema on the top. My wife’s cappuccino was “one of the best I’ve ever had” and she doesn’t like coffee any where near as much as I do. I’ll certainly return and sample a cappuccino – and another espresso – and an Americano and…. 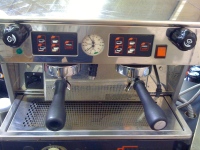 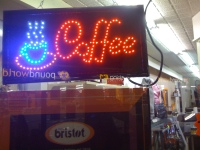 Here is the link to Alvin lee’s gear page. Alvin, formerly of Ten Years After is most well known for playing a red Gibson 335, of course, Big Red. Alvin featured the guitar in Ten Year’s After’s performance at Woodstock – captured for posterity in Woodstock the Movie. He no longer takes Big Red out in the road but Gibson built him a replica. Alvin talks about the extra pickup he has fitted, as well as amps and so on, on his webpage.