My friend, sax player Paul Corry, sent me a message: “I’m playing at The Sage with Duane Eddy – want tickets?” No sooner had I twangwed my way up the A1, when I found myself in a sold out crowd, where Duane, backed by Richard Hawley’s band, gave us note perfect renditions of many of his hits, as well as tracks from his new album Road Trips. Now I have to admit that if it wasn’t for Duane Eddy I probably wouldn’t be playing the guitar. When I told him this backstage, Duane said “Now don’t go blaming all that on me!”. Duane was very funny onstage and off, and was very gracious too. He took the time to record a station ident for The Blues Show, which is awesome. And he signed the setlist that I had “borrowed” from the stage. A wonderful night. 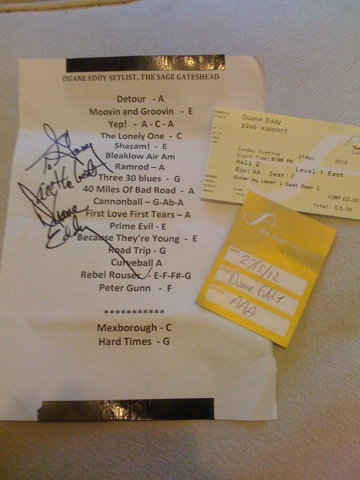 My friends and great band Virgil & The Accelerators have been given permission to shoot a live performance DVD in the performance space at the legendary Marshall Amplification factory. And I’ll be there! 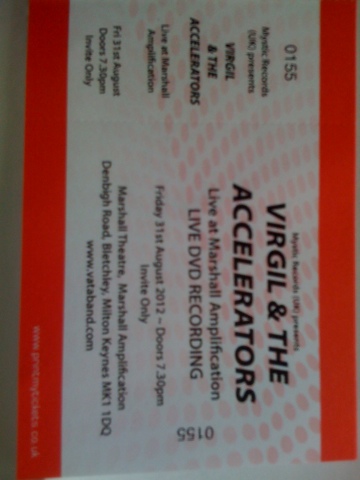 I’ve just signed a record deal with Any And All Records!

Del Bromham – Devil’s Highway
Clare Free – Dust and Bones
Jo Harman & Company – Bless My Soul
Indigenous – Free Yourself, Free Your Mind
Rita Chiarelli – I Believe
Bessie Smith – Gimme A Pigfoot and A Bottle of Beer
Li’ Ed & & The Blues Imperials – Kick Me To The Curb
Henrik Freischlader – Memory Of Our Love
Erja Lyttinen – Soul of A Man
Gare Du Nord – Pablo’s Blues 2012 – (Tarantino Mix)
Poplar Jake and Gary Grainger – That’s Alright
Oli Brown – Here I Am
Connie Lush & Blues Shouter – Lonely Avenue
Robin Trower – Close Every Door
King King – Mr. Highway Man
Tedeschi Trucks – Midnight In Harlem
Warren Haynes – Rivers Gonna Rise Up
Mitch Laddie – Give You The World
Robben Ford – How Deep in The Blues Do You Want To Go?
The Harpoonist & Axe Murderer – Chevrolet
Rick L. Blues – Belle Roots 5
Seth Walker – I Don’t Dance
Steve Skinner – Scorpion Blues
Robert Petway – Catfish Blues
Rick L. Blues – Paris 21H
I was fortunate enough to get a Press Pass for last year’s Durham Blues Festival, and I really enjoyed it. I interviewed headliner Walter Trout and many others and the music was great. This year I’m playing guitar for Jo Harman who is headlining the Blues Cafe acoustic stage, but I intend to be there all day and see if I can grab interviews with many of the artists – as well as enjoying the music of course! If you are in the area please support this great event – tickets here. 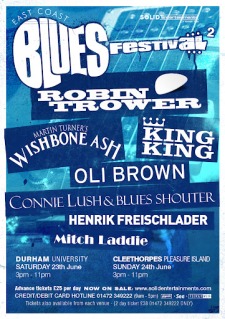 I’ve got a couple more gigs coming up in the next week.
On Friday 22nd June I’ll be playing at the third gig of the Colliery Blues Club, at The Colliery Inn, High Jobs, Crook. I’m looking forward to it as it is actually my first solo headlining gig – never too late! I’m also looking forward to it because Christian, the landlord, is trying very hard to get the venue recognised as a blues club. This will only happen if people support him of course and turn up at the gigs – so see you there!

On Saturday night I’ll be headlining too – on the acoustic stage at Durham Blues Festival – though I won’t be on my own. In fact I’ll be playing guitar for the wonderful Jo Harman. Really looking forward to it!

I’ve got three kids, a steady job
Married almost 40 years
No longer just a long haired yob
Grown up, with all those cares

I still remember things he said
I thought they sounded trite,
But now I’m older, wiser, maybe,
He was mostly right

He let me see the way things work
He taught me right from wrong
To search for knowledge in a book,
For beauty in a song

He used to spend a lot of time
Showing ways of dealing
With tasks you hate but have to do:
Do them “with good feeling”

A man of rigid principles,
Stood by them to his cost,
I know he used to hide the way
He felt for things he’d lost

I wish he’d had the chance to see
My children as they’ve grown
I’ve done my best, not always right,
But still I hope I’ve shown

That I’ve tried to pass on in my turn
What I’ve learned along the way
To my three sons who make me proud
On this, my Father’s Day