At an excellent night of British Blues Music on Tuesday in London, the judges had a difficult job, with all 5 acts giving great performances. However a winner had to be chosen and when The Groove-A-Matics featuring Johnny Whitehill were announced as winners it was clearly a popular choice with the audience too. Johnny & the guys gave a great performance on the night showing their combined talents, with front man Mick Cantwell’s triple threat of powerful vocals, authentic harp and superb sax being the perfect foil to guitar maestro Johnny Whitehill’s tasteful and considered playing.

The guys will travel to New Brunswick in September and play a variety of gigs at the Harvest Jazz and Blues Festival. Well done guys! Great to see a local blues bands do well. Johnny has already been in The Blues Show studio and the guys will all be coming in soon to talk about the contest, their new CD and much more. 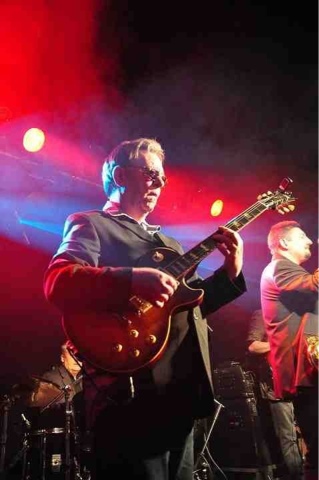 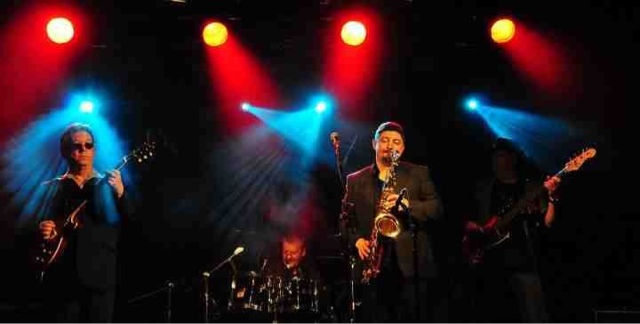 Super stuff from Mitch Laddie at The Grand in Bishop Auckland before heading off to tour Europe with Walter Trout.
A few weeks ago I was very fortunate to support Mitch Laddie on a warm up gig at The Grand Hotel, Bishop Auckland, before he jetted off to the European Continent to tour with Walter Trout. I’ve been thinking about playing this song for years, and finally it gets a run out.

I’m honoured to have been asked to get involved in this years British Blues Awards – specifically the nominations for Original British Blues Song – the Kevin Thorpe Memorial Award. Along with about a dozen other Blues Presenters I was asked to make some nominations for this award. I knew it would be a tough task – not because there aren’t many good British Blues songs – but to the contrary there are too many! I’m guessing too that many of us wanted to pick either the same songs or artists as each other – my initial choices had all been taken. However, after extensive listening to my growing collection of British Blues CDs released over the past year, I’ve narrowed it down.

You can read my nominations here and you can hear them all in the second hour (7-8pm UK) of my show on April 1st at BishopFM.com. You can listen to all of the other DJs choices too (check dates and times on the website) and then vote for one song from each presenter’s choice.

For my birthday last month one of my work colleagues bought me one of these gadgets. I have a thing about plectrums (picks as they are called in the US) – I don’t use a lot, preferring thumbpicks for acoustic playing, but I like to have a lot of plectrums – I’ve even bought special sets with Jerry Garcia’s name and face on them (yes, very sad!). I have to say I’m highly impressed with this gadget and as soon as I opened it I rummaged through my wallet to find a suitable card to destroy/transform. Once I’d done that (it requires quite a firm grip) my colleagues rummaged through purses and desks to find a small pile of cards. I spent my lunch hour converting them in to plectrums. So a useful and enjoyable gift!

There’s even a demo video