Tom Grey has had a 2-necked Bigsby pedal steel for some time but eventually it was restored to full triple necked glory. Read the great story here

This appeared in our internal staff magazine: 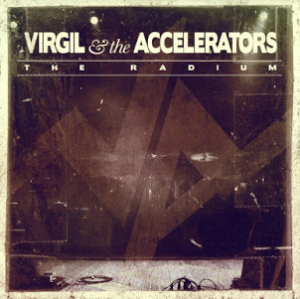 I’ve seen Virgil and The Accelerators 2 or 3 times now, and interviewed Virgil twice for the Blues Show. (The title of this piece is a quote from an interview I did with Virgil in March, talking about this album. You can hear that interview here.) The last time I saw them, just a few months ago at Hartlepool, they were right in the middle of recording this album. They previewed some of the songs from their recording sessions at that gig, and it was obvious to me that this was going to be an album which would make people sit up and take notice of this young trio – their new, self-penned songs were showing a maturity which, despite their youth, simply reflected the depth of their experience.


From the resonating introduction to “Working Man” to the delicate closing notes of the final, instrumental, “Silver Giver” this is an album which pushes hard at the rock end of the blues-rock spectrum, but which references the blues throughout; in its songwriting, its ensemble & individual playing and particularly in Virgil’s maturing voice – his roots add a pleasing accent to his deep tenor voice which is well suited to these songs.


As mentioned, “Working Man” opens the CD  – a very confident opener; the sound is very “big”, here and throughout the album, with brother Gabriel and Jack Timmis driving this track along. Virgil tells us he is just a working man “working to get free” after some heartbreak. The track is also our introduction to Virgil’s impressive guitar skills – building on all he has heard, all he has learned, his solos are in his own voice, combining melodic bluesy runs with split second rock solid riffing.


“Refuse to Believe” is an up tempo rocker, betraying some older rock influences, which wouldn’t sound out of place on one of the many rock video channels on satellite TV.


In under 3 minutes “Backstabber”, with its dropped tuning and even more solid riffs, paints a precise picture of the song’s subject, a “backstabbing bitch” with that “evil eye twitch”; and apparently “she steals money where she gets her honey”. Now, who hasn’t heard that tale in many blues songs?


With its blues-influenced guitar intro, the slower “88” tells us that Virgil is looking for a way to get back to “88”, away from his current situation – “I can’t go on much longer, living day by day”. This moody piece features 2 excellent solos from Virgil, as well as the rock solid rhythm section of Gabriel and Jack.


This whole album sounds as if it is just that – a coherent collection of songs captured at a specific place and time, reflecting the growing confidence of this band not only in their playing but in their songwriting. Manager Martin Lewis tells me: “They wrote this album with frightening ease, it just fell out of them”.


Atmospheric instrumental interlude “The Storm” propels us into “Low Down and Dirty”; with Virgil telling us that is how he feels – “being made to believe ain’t nothing good enough for me”. There’s more of the tasty guitar work that I’ve now become accustomed to hearing, and cracking support from Gabriel and Jack.


Virgil tells us exactly what kind of girl he likes in “Bad Girl” – “she’s my type” with a “dirty reputation all over town”. There’s mention in this riffing rock song of Las Vegas – I know the band had a vacation there earlier this year. If this album gets the exposure it deserves, they’ll soon be going back to Vegas, and beyond, to play some serious gigs.


A slow rock ballad, “Fell To The Floor”, gives Virgil the chance to let us see that his voice is versatile enough to handle different song styles – his heartbreak here is palpable. The guitar solo in this song is, for me, one of the best on the album, starting with bluesy emotion and moving towards a wah wah workout before finishing with more melodic playing.


“Cold Hearted Woman” tells me that Virgil is either a red-blooded young man, or just has a great imagination when it comes to writing stories of unrequited love and broken hearts. Maybe it is both! The solo here moves towards shredding territory which should see this whole album accepted by not only by open minded blues fans but also rock fans who have got their ears wide open.


Instrumental “Silver Giver” ends the album perfectly – after the previous 40 minutes of driving riffs, solos and heart rending stories, we are given the chance to relax, and to wonder not only at the sensitivity of Virgil’s playing on this gentle tune, accompanied by some tasty Hammond from bass player Jack Timmis; but also to wonder at what we have just heard – a very confident debut album which sounds huge, 11 original songs pushing the boundaries of blues rock, great playing from all 3 musicians, and an album which sounds like it was made by a 10 year veteran of the blues rock scene – not a debut album from a power trio whose combined age is still much less than mine!


I’ve listened to this album 5 times in the 24 hours since I’ve had it – and I’m off to listen to it again. I urge you to do the same when the album is released on Mystic Records on September 1st.


(I’ll be featuring this CD as Album Of The Week on the Blues Show on BishopFM.com 6-8pm UK time, July 24th.)

My guitar building skills are non-existent, though I could probably assemble a guitar from a set of pre-made parts. I like this because:

I’ve played the congas a few times at gigs, many years ago. Nothing extravagant, just straightforward stuff, though there was that featured break in that Billy Cobham tune with Lard King that night at The Longscar Hall in Seaton! Anyway, here’s a pretty decent introduction to some of the sounds you can get from congas – 3 videos in total. 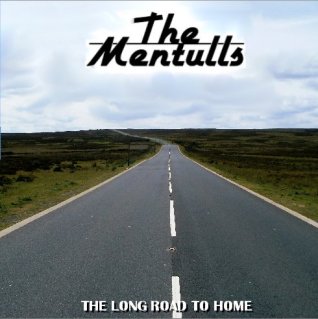